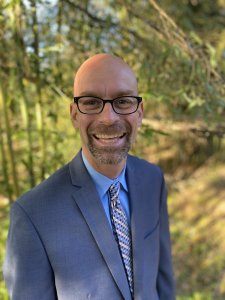 ROCKVILLE — The Bender JCC of Greater Washington announces today the appointment of longtime Jewish communal leader Josh Bender as its new CEO. Bender, who is no relation to the Sondra and Howard Bender family for whom the JCC is named, will start in the position December 1.

Bender, was unanimously selected by the Bender JCC Board of Directors after an eight-month national, in-depth search process. He steps into the role at a pivotal time for the Bender JCC, following a recent $17 million capital campaign and building renovation.

Bender JCC Board of Directors Chair Heidi Brodsky praised the selection process, which began after 15-year President and CEO Michael Feinstein announced he was stepping down in January.

“On behalf of our entire Bender JCC community, we are grateful to everyone involved in the comprehensive search process that led to the Board’s decision to hire Josh. He brings creativity and energy to the Bender JCC and I’m looking forward to working with Josh as we go from strength to strength,” said Brodsky. 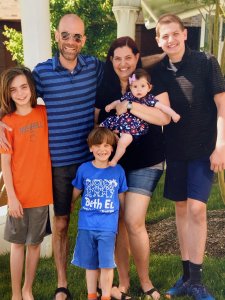 Bender has worked for 20 years in a variety of Jewish community leadership positions, most recently as Executive Director of the Beth El Congregation and Schools in Baltimore.

“I am honored to be joining the Greater Washington community and excited to start working with the entire Bender JCC family to build on its strong foundation as a treasured communal institution,” said Bender. “I believe deeply in the vision of the JCC as the Jewish community’s town square: an open door into a lifetime of Jewish communal engagement.”

Acknowledging the current challenges of the Covid-19 pandemic and its impact on the Bender JCC community, Bender said that “during this time when it is challenging to remain connected,  I believe the Bender JCC can and will continue to play a vital role in bringing us together, providing a safe and welcoming space to inspire, educate, and support the physical, emotional, and spiritual wellness of the community.”

Bender, his wife Julie, and their four children look forward to becoming a part of our community.