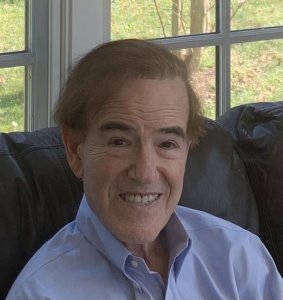 In 2013, Dr. Stuart Lessans and his wife, Dr. Ellen Lessans, generously named the Bender JCC’s book festival. It is now called the Lessans Family Literary Series, in honor of their twins Faye and Matthew, and to leave a legacy in loving memory of Stuart’s parents, Sara and Samuel J. Lessans.

Facing recent health challenges, Stuart has begun thinking about his own legacy. A conversation with Bender CEO Josh Bender led Stuart to the conclusion that his support of Camp JCC could make a far-reaching, powerful, and lasting impact on so many in our community.

When Faye and Matthew (now juniors at the University of Maryland) were three years old, Camp JCC was their first camp experience. Stuart fondly recalls that at the parents’ orientation, then-Camp JCC Director Sara Milner sensed his separation anxiety and told him what every parent wants to hear: “Stuart, we’re all Jewish mothers here.”

Camp JCC typically serves 500 campers each summer. Reflecting the percentage of individuals with a disability in the community at large, twenty percent of those campers have a disability ranging from mild to severe. While it costs three times more to provide necessary support such as staff training, adaptive equipment, lift-equipped buses, and a dedicated counselor, all inclusion participants pay the same tuition as other participants. We rely on the support of community to fund the cost of inclusion, which is one of the reasons why Stuart’s gift is so incredibly meaningful.

“By my philanthropy in support of our precious Camp JCC and our Jewish community, I’m hoping to encourage others to step up and be there for our People and our ancient homeland Israel,” Stuart states.

Camp JCC’s reputation as a leader in inclusion is one of the factors that compelled Stuart to support it. It is often referred to as “the land of yes,” owing to the fact that for our campers with disabilities, there is no question as to whether or not they can participate in every activity; the only consideration is what accommodations we need to provide to make that happen.

At a time of rising antisemitism and other racial and political divisiveness, Stuart appreciates that Camp JCC welcomes all, regardless of ability, belief, or financial circumstances. “It makes me proud that as Jews, we take care of everyone, not only each other. Camp JCC is a wonderful showplace of how the Bender JCC cares for all kids, regardless of background. It fills me with pride in my Jewish identity and what we do to help others, especially at a time when so much misinformation is being spread.”

Plans are underway to celebrate the dedication this summer in conjunction with Stuart’s 80th birthday. In naming the camp, which will be known as the Lessans Camp JCC, Stuart is gratified in knowing how many lives will be touched. “I want Faye and Matthew to know how important philanthropy is to me, and how strongly I feel about Jewish identity.” 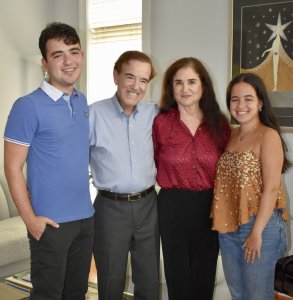 Stuart hopes that by supporting Camp JCC, others will be inspired to help sustain it, too. “This is a crown jewel in our community that everyone should know about. We have to educate our base about how outstanding and special this program is. If everyone pitches in, we can do even more.”

Josh says that it has been a true pleasure getting to know Stuart over the last few months. “Stuart’s unbelievable generosity to support Camp JCC is a reflection of his deep commitment to the Jewish community and continuity. He understands the critical role that Camp JCC plays in the Greater Washington area in creating memorable summer camp experiences for children and young adults of all backgrounds and abilities.”

Stuart recalls the time when his children were attending Camp JCC as a beautiful and fulfilling part of his life. Stuart’s thoughtfulness, vision, and generosity in making this gift will be an enduring legacy by which he is ensuring that countless other families have the same meaningful opportunity.