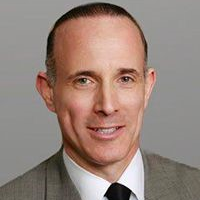 Peter’s athletic career began in high school on Long Island where he was a varsity basketball player but excelled in track & field, competing in sprints & jumps. He set his school’s long jump record and qualified for the New York State Championships. At the Empire State Games, he earned a bronze medal.

At the University of Maryland, Peter began his college career as a sprinter but transitioned to the decathlon his sophomore year. Over the next 3 years, he achieved All-Atlantic Coast Conference (ACC) honors, placed in the ACC Championships, was a varsity letter winner, and set a school record as one of the All-Time Top 10 decathletes.

Following graduation, Peter attended the University of Baltimore Law School where he continued to train in the decathlon. In 1989, he was a member of the United States Maccabiah team and the sole decathlete at the games. He placed fifth in the 100 meters and earned a Silver Medal as a member of the 4×400 meter relay team. In 1990, Peter won the pentathlon at the Princeton Relays and the George Mason Invitational and placed 8th at the USA National Track & Field Championships.

Post law school, Peter began his career as a prosecutor in Baltimore County while also training for the 1992 Olympic Trials. That dream was cut short due to injury.