Leadership at the Twilight of Athenian Democracy

Leadership at the Twilight of Athenian Democracy 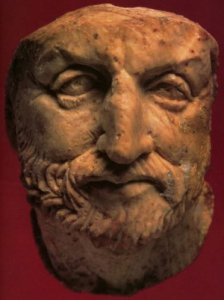 Leadership at the Twilight of Athenian Democracy
Wednesday, March 8 | 7:00 PM

Sponsored by the Hellenic Society Prometheas

When did the famed classical Athenian democracy actually die?  Was it with the defeat of Athens and its allies by Philip II of Macedon at the battle of Chaeronea in 338 BCE?  With the foundation of the League of Corinth? With Philip assuming hegemony over the subjected Greeks?  With Athens’ loss in the Lamian War in 322?  Or even with the installation of a pro-Macedonian puppet governor for the city in 317?

All—and none—of the above.  During the lifetime of Alexander the Great and beyond, the Athenians largely maintained their traditional democratic constitution, and democracy itself was abundantly and publicly praised.  But some of Athens’ most important traditions, including monument-building, funerary commemoration, and even the use of the law-courts to stage political battles, maintained their forms while changing their content to re-imagine what leadership should look like in the face of unprecedented individual power.