Virtual Cinema J: They Ain’t Ready For Me

Virtual Cinema J: They Ain’t Ready For Me

After watching the film, join us for a post-film discussion with Director Brad Rothschild and star of the film Tamar Manasseh on Tuesday, November 17 at 7:30 PM. A Zoom link will be provided to registrants the day before the event. Please check your spam if you have not received the link by the evening prior to the program. If you do not receive the link, please contact Marcie Blackman – mblackman@benderjccgw.org or (301) 348-3808.

They Ain’t Ready For Me is the story of Tamar Manasseh, the African American rabbinical student who is leading the fight against senseless killings on the south side of Chicago. The film explores the challenges and motivations of this fearless community leader as she works to prevent more people from being killed by gun violence. Tamar’s complex identity and magnetic personality combine to make her a force to be reckoned with, and she hasn’t even hit her stride yet. 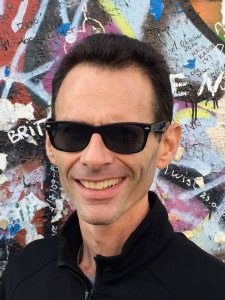 Director/Producer Brad Rothschild is an award-winning producer and writer with both a creative and business background. He received a Masters in International Affairs and a Masters in Business Administration, both from Columbia University. From 1995-1997, he served as the Speechwriter and Director of Communications for the Mission of Israel to the United Nations. 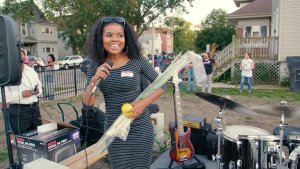 Tamar Manasseh, Subject of the Film, is the Black, rabbinical student who is leading the fight against senseless killings on the south side of Chicago. Every day, Tamar, the vivacious, self-assured, and magnetic mother of two, sits on the corner of 75th Street and South Stewart Avenue in the Englewood section of Chicago, where poverty, unemployment, addiction, and violence are rampant. In 2015, a young mother was shot and killed trying to break up a fight. For Tamar, this was one senseless killing too many. Tired of waiting for politicians to do something, Tamar took the situation into her own hands. She did something simple yet revolutionary – she sat down on the corner and hasn’t left since. Each day she sits on the corner, barbecuing, playing music, and bringing games for kids to play with. In over four years, not one person has been killed on the block. Tamar and the organization she founded, MASK, Mothers, and Men Against Senseless Killings, are proving that something can be done, the situation is not hopeless. With just her presence on the block – talking, joking, and hanging out – she is making the forgotten members of the neighborhood believe that there are people who care whether they live or die. Both authentically Jewish and authentically Black, she brings an understanding of both communities, even as she struggles for acceptance in the Jewish world.