The Roman Army in the Negev

The Roman Army in the Negev 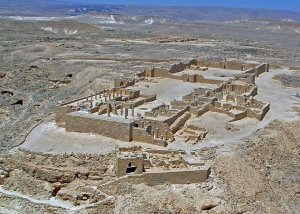 The Roman Army in the Negev
Wednesday, January 26, 2022 at 8 pm Eastern via Zoom

The landscape of the Roman Eastern Empire included extreme conditions in barren, marginal zones such as the region of the Negev located in modern-day southern Israel. One of the strengths of the Roman mechanisms of imperialism was the extent to which the Roman army, while in many ways considered a very standardized and homogenous institution, excelled at optimizing indigenous strategies of occupation in such trying regions and making them their own.

This presentation will explore how the Roman army facilitated imperial interests throughout the Negev from the 1st century BCE – 6th century CE for economic reasons, rather than for military or security concerns.

If you wish to subscribe to the lecture series, please access the BASONOVA PayPal portal and use a credit card for an annual subscription ($35 per family). Go to: http://www.basonova.org/ membership-form.html

It is also possible to access the series one lecture at a time, for $7 per lecture. To reserve your single-lecture Zoom spot for this event, go to: http://www.basonova.org/ next-lecture-reservation.html