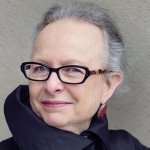 Meet Barbara Kirshenblatt-Gimblett, Polin Museum’s chief curator, who will take us on a virtual tour of her work curating the Jewish experience. BKG as she is called, was featured in the film RAISE THE ROOF, which premiered and won the Audience Choice Award at the 2016 Seattle Jewish Film Festival.