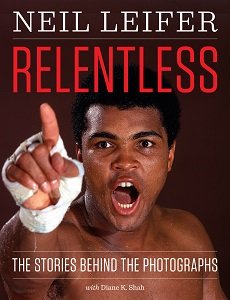 In conversation with John Maynard

Relentless: The Stories behind the Photographs

Ticket Price: $18 without book, $55 including book

NEIL LEIFER is an award-winning sports photographer and a member of the International Boxing Hall of Fame. Since 1960, his photographs have regularly appeared in Time, Sports Illustrated, LIFE and Newsweek, among many other nationally-recognized magazines. Relentless tells the amazing stories behind his most iconic photographs.

JOHN MAYNARD is the director of programs at the Newseum. He serves as moderator for the Newseum’s signature Q&A program, “Inside Media,” which features authors, journalists and newsmakers. Prior to joining the Newseum, John wrote for the Style section of The Washington Post covering the television industry and writing general assignment stories. He also worked for C-SPAN as the cable network’s media relations manager.

Sponsored by The Newseum