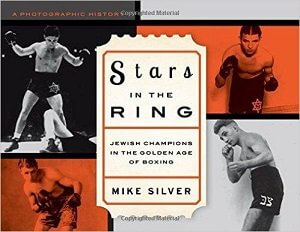 In conversation with Joe Yasharoff

Stars in the Ring: Jewish Champions in the Golden Age of Boxing: A Photographic History

More Jewish athletes have competed as boxers than all other professional sports combined; from 1901 to 1939, 29 Jewish boxers were recognized as world champions and more than 160 Jewish boxers ranked among the top contenders in their respective weight divisions. MIKE SILVER presents this vibrant social history in the first illustrated encyclopedic compendium of its kind.

JOE YASHAROFF is the former Managing Editor at Comcast SportsNet and Executive Sports Producer at Fox5 where he won 12 Emmy awards. Inducted into the Bender JCCGW Sports Hall of Fame in 2013, he currently teaches Sports TV Production at his alma mater, the University of Maryland. He was a member of the 1980 JCC National Champion basketball team.