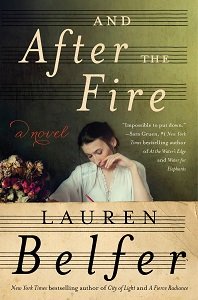 In conversation with Michael Marissen

And After the Fire

LAUREN BELFER is the author of the New York Times bestseller, City of Light. Her new book, And After the Fire, is a transporting, unputdownable, multi-generational saga spanning centuries and continents. This beautiful narrative—studded with vibrant, real-life musical figures of 18th and 19th century Europe—uncovers the mystery behind a troubling, centuries-old cantata.

MICHAEL MARISSEN is the Daniel Underhill Professor Emeritus of Music at Swarthmore College.  An expert in Baroque music, he has published extensively about issues of music and religion.  His books include “Bach & God” (Oxford, 2016), “Tainted Glory in Handel’s Messiah” (Yale, 2014), and “Lutheranism, Anti-Judaism, and Bach’s St. John Passion” (Oxford, 1998).