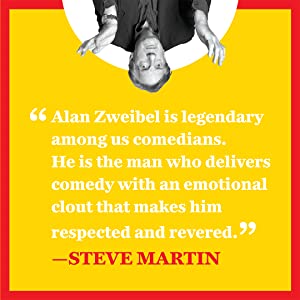 Virtual J Talks: Laugh Lines – My Life Helping Funny People Be FunnierThursday, February 24 I 2:00 PM I $10We are thrilled to welcome Saturday Night Live writer, Alan Zweibel! He is an American television writer, author, playwright, and screenwriter whom The New York Times says has “earned a place in the pantheon of American pop culture.”His tender, funny memoir, Laugh Lines – My Life Helping Funny People Be Funnier, weaves together the stories of his influential career in television, feature films and on Broadway. From selling jokes for $7.00 apiece to Borscht Belt standups to being one of the first writers at S.N.L., to having a hand in a series of landmark shows, successfully collaborating with, among others, Billy Crystal, Garry Shandling, Martin Short, Larry David and Dave Barry.Alan shares his candid and heartwarming stories about many of the comedy greats – and he’s one of them!Winner of numerous awards, including:– 5 Emmy Awards– 2 Writers Guild of America Awards– Television Critics of America Award– 2005 Tony Award – with Billy Crystal for 700 Sundays– 2006 Thurber Prize for American Humor– 2010 Writers Guild of America East, LifetimeAchievement Award*We are pleased to partner with the Pozez JCC of Northern Virginia.**The Zoom link will be sent out on the morning of the program. We respectfully ask that you not share this link with someone outside of your household. Thank you. We look forward to you joining us!Questions?Contact Frieda Enoch at: fenoch@benderjccgw.org