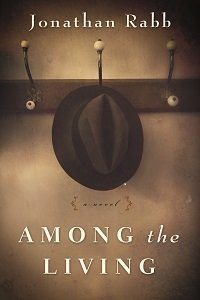 Jonathan Rabb’s newest novel tells the riveting story of a concentration camp survivor thrust into the world of 1947 Savannah, Georgia, during the Jim Crow era. Set amid the backdrop of America’s post-war south, the novel explores divisions between Reform and Conservative Jews, while reacting to both Holocaust trauma and racism in America. Among the Living is a poignant, jarring and novel exploration.