JChats is a weekly live broadcast with Bender JCC CEO Josh Bender. We are live every Wednesday at 10:30 AM on our Facebook page. If you miss the live chat subscribe to our YouTube channel for notifications of new videos.

Josh will be having a conversation with Gil Preuss, Chief Executive Officer of The Jewish Federation of Greater Washington. 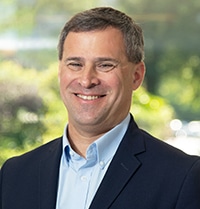 Gil Preuss has been the Chief Executive Officer of The Jewish Federation of Greater Washington since 2017. His leadership has seen the organization through a new strategic planning process, a brand refresh, and a significant response to the COVID-19 pandemic that has framed Federation as a leading convener and connector of the Greater Washington Jewish community.

Gil comes to Federation from Boston, where he held the position of Executive Vice President at Combined Jewish Philanthropies (CJP) of Greater Boston for the last seven years. In this role, he oversaw strategic planning, financial resource development, and community allocations.

Gil received his B.S. from the University of Michigan, his M.S. from Cornell University, and his Ph.D. from the Sloan School of Management, Massachusetts Institute of Technology. He is married to Terri Brown Preuss, who is the National Director of the Hadassah-Brandeis Institute Conversations program, and with whom he has four children.