In Memory of 6 Million Concert 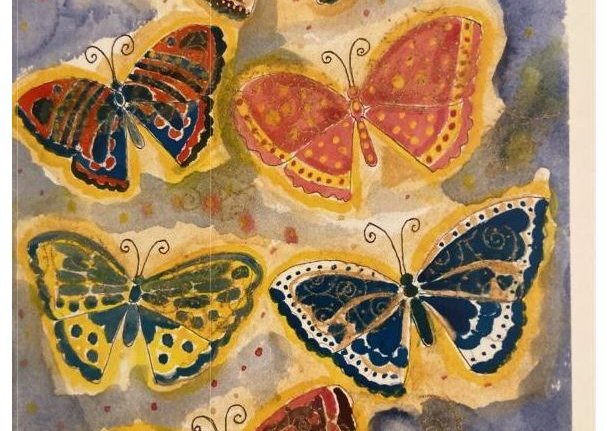 In Memory of 6 Million Concert

On International Holocaust Remembrance Day (January 27, 2021, the 76th anniversary of the Holocaust), In Memory of 6 Million, in partnership with the Bender Jewish Community Center of Greater Washington in Rockville.

His father was a famous Jewish violinist Dol Dauber from Bukovina. His mother was a Bohemian German from Brno.

Performance: Serenade for violin and piano  – his only preserved composition

Performance: Praeludium “EDElstein” for string quartet op. 12 – This work was written and premiered in the Terezin camp.

At the Terezin Concentration Camp  in the summer of 1944, Ledeč created a new quartet with Adolf Kraus as the second violinist, Viktor Kohn as the violist and Robert Dauber as the cellist.

It is said of Egon Ledec….”It was a tragic situation.  The man who had stood in the spotlight for decades now went into the back courtyards in order to give little concerts with the accordionist Wolfi Lederer.  A grandseigneur from Prague was playing popular music!”

Frantisek Domazlicky was born František Tausig. He was sent to Theresienstadt and fortunately survived. He went on to compose more than 150 performed pieces for Orchestra, Concertos, Chamber Music and Vocal Selections.

The concert will begin with a welcome to the audience in which appropriate introductions, acknowledgments, and expressions of thanks and appreciation will be made.

The U.S. and Israeli National anthems will be performed.

The Philharmonic, conducted by Ulysses S. James, will be performing in front of a large screen where movie clips from Schindler’s List, The Ten Commandments, Exodus, Fiddler on the Roof, and Ben Hur will be displayed, whose themes reflect the Jewish experience. Against this dramatic backdrop, the audience will hear their powerful musical themes.

The bittersweet high point of the concert will be the orchestra’s performance of the works of four musicians, two out of four who perished in the concentration camps.  A special work is being composed for this event on behalf of H. David Meyers (a world-renowned oboist) for oboe and strings to be performed by him and orchestra members.

There will be a stirring choral finale conducted by Francisco De Araujo.

100% of the profits from the concert will go to Holocaust survivors in the Washington, D.C. area.

Composer Gary Owen Haberman has been commissioned  to create  an original composition for Chorus and Orchestra to be premiered September 6, 2020 at the “In Memory of 6 Million” concert. The text for this piece is taken from the traditional “Mourner’s Kaddish,” a prayer for the dead found in standard Jewish liturgy. It will feature a 100 piece chorus accompanied by  full orchestra and will be the culminating feature of the concert.

To make the above a reality, H. David has established the nonprofit “In Memory of 6 Million” Inc. He has a board and a growing team of sponsors and fundraisers and is receiving pledges weekly. He has been doing benefits, concerts and events for the past five decades.