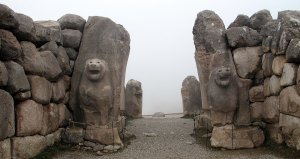 Throughout the Ancient Near East / Eastern Mediterranean, the end of the Late Bronze Age (ca. 1200 BC) is often defined in the literature as a time of violence and upheavals. Great destruction events ravaged this area, including the destruction of the palaces in Greece, the burning of Ras Shamra in Syria, the sacking of Hattusa in Anatolia, and the destruction of many great Canaanite cities.

The goal of this talk is to demonstrate just how much was destroyed (and where) at the end of the Late Bronze Age in the Ancient Near East / Eastern Mediterranean and what this indicates for the multiple theories that utilize destruction as a prime mover in the collapse of Bronze Age civilizations.

How to Access the Twice Monthly BAF/BASONOVA Zoom Lecture Series

If you wish to subscribe to the lecture series, please access the BASONOVA PayPal portal and use a credit card for a one-year subscription ($35 per family). Go to: http://www.basonova.org/ membership-form.html

It is also possible to access the series one lecture at a time, for $7 per lecture. To reserve your single-lecture Zoom spot, go to: http://www.basonova.org/ next-lecture-reservation.html

Members do not need to reserve. Links will be sent of Monday, October 18