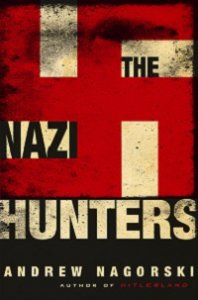 In conversation with Professor Jeffrey Richter

After the Nuremberg trials and the start of the Cold War, most of the victors in World War II lost interest in prosecuting Nazi war criminals. With riveting detail, ANDREW NAGORSKI chronicles the stories of both famous and lesser-known Nazi hunters. At first, the Nazi hunters wanted revenge, but soon their story was transformed into a relentless struggle for justice. The Nazi Hunters is a richly-reconstructed odyssey and an unforgettable tale of determination.

JEFFREY RICHTER is an Adjunct Professor at George Washington University. He specializes in the history of Germany, the Holocaust, and genocide. From 1998 to 2010 he served as a historian in the Justice Department’s Nazi-hunting unit, the Office of Special Investigations.

Sponsored by Adele and Roy Igersheim