Telling the Story of Tonight: An Evening with Hamilton Stars

Be in the zoom where it happens. Do not throw away your shot to join current Hamilton actors, Julius Thomas III (Alexander Hamilton) and Darnell Abraham (George Washington), and West Coast director, Sherri Barber, for an unforgettable evening of theatrics, song, and storytelling. Believe us, you won’t want to be the one asking, “what’d I miss.”

Go backstage with the cast and crew, get to know Julius, Darnell, & Sherri, hear behind the scenes stories & tidbits, and enjoy 2 musical performances.

Includes all Main Stage items, a “Party Like It’s 1776 Box,”* live mixology demonstration of our themed cocktail by our friends at Botanero, behind the choreography with Jordana Grolnick, interactive trivia & games with the cast and crew, and of course a chance to schmooze with our guests of honor.

Your support allows us to continue providing excellent accessible programming and building community through the arts, especially now, when we need that connection more than ever.

The Zoom link for the event will be emailed to all registrants 24 hours before the program. Please check your email between 4:00 – 6:00 PM on Wednesday, October 14 to make sure you received your Zoom link.  If it’s not in your “inbox,” please check “junk” or “spam” folders. No confirmation? Please contact Marcie Blackman at mblackman@benderjccgw.org. 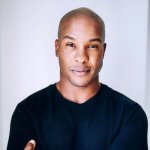 Currently playing George Washington in HAMILTON on the And Peggy Tour, Darnell’s professional performance background spans musical theater, soul music, R&B, and opera. As a result, he has been recognized by audiences and critics alike for his versatility in the theater and on the concert stage.

Darnell is a recipient of the Berkshire Theatre Critics Award for Outstanding Lead Actor in a Musical and an Independent Reviewers of New England (IRNE) nomination for Best Actor. Other honorable nominations include BroadwayWorld Regional Awards for Person to Watch, Best Actor, and Best Supporting Actor in a Musical.

Select credits include: The Color Purple revival 1st National Broadway Tour (Adam and u/s Mister), Ragtime (Coalhouse), Next to Normal (Dr. Fine/Dr. Madden), and I Dream (MLK Jr.). In addition to his theatrical engagements, Darnell is a featured solo artist on Bandai Namco’s Tekken 7, which has sold over 5 million copies worldwide since its release. Moreover, he has collaborated with Grammy© and Emmy award-winning artists in the studio and on the concert stage. 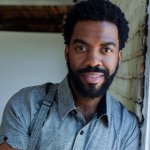 Julius Thomas III is an NAACP Theatre Award-nominated actor from Gary, Indiana. He currently stars as Alexander Hamilton in the cultural phenomenon, Hamilton: The Musical. He is also one half of the critically acclaimed song duo, The Kings of Soul and Swing. Recently Julius starred as Berry Gordy in the box office hit, Motown The Musical. He spent many years working closely with Motown Founder Berry Gordy and was thrilled to re-record My Girl under the Motown label. You’ve also seen Julius on your TV. He’s appeared on Modern Family, Sesame Street, Odd Mom Out, The Capitol Fourth Celebration, and more. He is a featured vocalist on many recordings but is most proud of his original song of inspiration, I Am Here. Available on iTunes, with proceeds benefiting Broadway Cares, Equity Fights Aids. 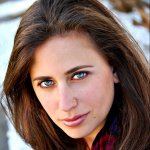 Sherri is a recipient of The Eugene O’Neill Theater Center’s National Directors Fellowship, a Drama League Directing Fellow, and recipient of the US/UK Exchange Award.